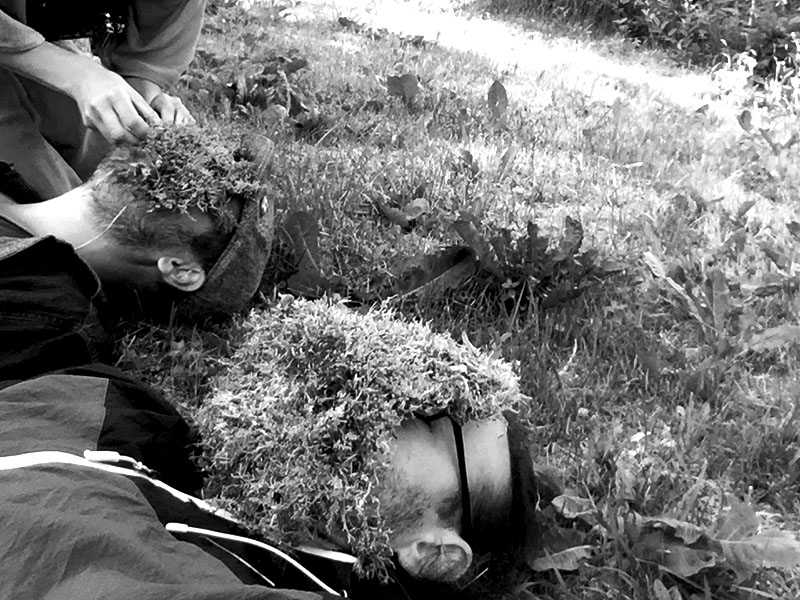 Researching responsibilities of the Anthropocene through waste glass masks

When do designers need both intuition and evidence? While intuition is an essential tool in design that has been researched and discussed in design research as a part of the creative process, evidence is a term that tends to be more commonly associated with scientific work. Nonetheless, knowledge is as much an inherent part of the designer as is creativity, not only the knowledge of our craft, but also the knowledge relating to the task before us. As has been pointed out, the role of the designer is continuously changing and placing new demands on the contemporary professional. Not only do designers increasingly hold the role of facilitator in groups that include different researchers, many of us are also turning to research ourselves.

This paper presents an outlook at the work of the newly formed artistic research collective Det dolda, consisting of Petra Lilja, Ola Ståhl, and Anthony Wagner. Det dolda is challenging existing notions of artistic research throughtransdisciplinary collaborations between the arts, humanities and sciences, focused around masks as complex artefacts that interweave discursive and socio-material aspects. Masks relate to a wide range of disciplines and fields of practice. They carry historical, mythological and ritualistic significance and remain significant to people in varying functions, from protection to ritual, even today. Det dolda loosely consider anything a mask that can be worn on the head while partially or fully concealing the face. The complexity of masks, their significance and uses call for intersectional exploration and are significant for artistic research due to the fact that the artistic aspects of masks are interconnected with theoretical and scientific angles. Through a series of projects related to the topic, Det dolda aim to collaborate with scientists as well as craftspeople in order to explore the socio-material complexity of masks in a range of discourses, such as the effects of patriarchy in terms of sustainability, nature, and the Other bodies of hegemony.

In a first cooperation with artisans at Boda glassworks and fellow researchers at Linnaeus University, Det dolda aim to reflect both on the Anthropocene through glass as a man-made material and on exploitation and imbalances of power in patriarchy. In designing glass masks that function as critical expressions of shame and responsibility through their materiality as well as their referencing of historical masks, Det dolda provoke a discussion of the long-concealed problematics of human habitation, design, and linear economy, that are increasingly revealed as socio-cultural responsibilities of the Anthropocene.

Using our intuition as artists and designers is not enough to carry out such a complex project. So, while Det dolda put a focus on combining craft and creativity with evidence based scientific knowledge, we also aim to underscore the importance of material-based knowledge, the knowledge that is gained through making. Det dolda therefore combine the role of interdisciplinary facilitator in this project with that of playful experimenters that approach their goal not just with scientific knowledge and collaborations, but also with hands on experimenting that builds embodied knowledge. Our intuition tells us that only a combination of different forms of knowledge will allow us to effectively bridge the gaps between the different participants. The resulting masks will work as material evidence that will show in how far Det dolda have succeeded in negotiating both embodied and scientific intuition and knowledge.